What was your first dish you mastered?

Stir fry. I think everybody turns to a stir fry when they’re in dire need of something fast. I think my old stir fry’s consisted of frying some pork until it was rubber, throwing in a mixed bag of veg, some precooked noodles and emptying a sachet of some Chinese sweet and sour thing into it and being all smug with myself. That is still delicious I’m sure (rubber pork aside) but once you grapple the idea that cooking it from scratch can sometimes be even nicer, you won’t want to reach for a sachet again. But if tempering with hot pans isn’t your thing, I have a recipe for a Cold Peanut Sriarcha Noodle dish which eliminates the stir frying altogether but still gives you that noodley-ness you want.

It’s not my earliest food memory but I can definitely recall those ridiculous roly-poly ice cream rolls being a huge part of my school dinners. Disgusting and delicious at the same time, right? Ice cream wrapped in a roll of raspberry nonsense and then wrapped in a layer of sponge cake? Gross. But also gorgeous. Although I will say, every time I look at baby photos of myself, I am always near food. I am either eating food, holding food, reaching for food or rubbing food all over my face. Not much has changed.

What did you have for breakfast today?

I had Cinnamon Apple Granola. Fancier than it sounds. I cut up an apple, threw it in a Tupperware box, I threw in a handful of granola, a sprinkle of cinnamon and a toss of desiccated coconut. I then added some natural yoghurt, put the lid on, shook it and then ate it. That’s my pattern more or less every day but I switch up the fruit and sometimes add mixed seeds or use coconut yoghurt. Here is my recipe for Toasted Coconut & Raspberry Granola which follows the same template.

It’s a toss up between a Christmas dinner I made for all of my friends. I got too drunk and couldn’t time anything right so everything was cold. Or it’s the story behind my Curried Crab Risotto. Read it and weep for me.

What do you eat after a long, hard day at work?

I’m a food writer so what I’m about to write could be considered blasphemy, but after a long, hard day and work – and I mean when it’s REALLY bad – all I want is beans on toast. It has to be good bread, sourdough usually (which then gives me excuse to have like… four slices) and Heinz beans. I want crap cheese grated on top of it and a generous twist of black pepper. No one needs to be chopping stuff and wrangling hot pans when they’ve had a really long day. PLEASE STILL READ MY BLOG, THOUGH!

What’s the best smell in the world?

I’ve been vegetarian – or Flexitarian, as the hipsters now call it – for 6 months so it’s been a while since I’ve actually had the pleasure of cooking flesh. But I will say that no smell can compete with cooked bacon. Hot pig grease is a smell like no other. It’s Godly.

What does ‘eating well’ mean to you?

Being realistic about eating what you want. Eating well is a mind-set. Once you realise that the food you need can also be the food you want, it makes life a whole lot easier.

Do you listen to anything when you cook?

I get really nervous in a silence because my job is so set on communication and noise so I will definitely listen to music when I cook or I listen to a podcast. The album I love cooking to at the moment though is Miguel’s ‘Wildheart’ album. His voice gives me all the Prince feels.

Myself. Sorry about it. 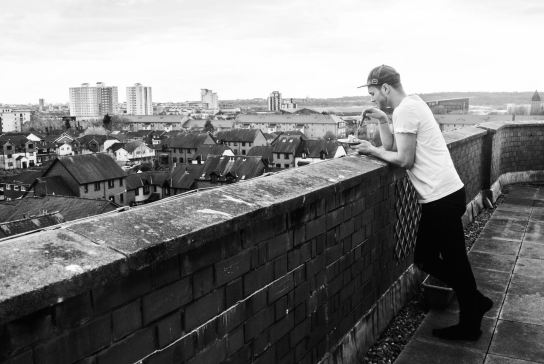