Often times, marmalade straddles the thin line of retro cool and old lady cringe. It’s a line I straddle like a rodeo clown. I straddle it with a smile.

A good marmalade is like a man with good money, good manners and good sense. So difficult to come by. In fact, the only good marmalade I cherish happens to be homemade by the grandmother of my best friend Lowri (and frequent photographic contributor to this website).

So you can imagine my surprise and delight when I had what was called a ‘Tuscan Breakfast’ and happened to taste the best marmalade of my life. The marmalade in question, you ask, was tasted at the foot of the Duomo bell tower in the heart of Florence.

Of course it bloody was.

On my first morning during my culinary escape to Florence, I met up with my oldest friend Louise and her partner Jay, who coincidentally happened to be passing through Italy on their travels.

We agreed to meet for breakfast and despite it being my first morning in Florence, I was stinking of a hangover as we were up until 4am the night before drinking red wine and eating Italian crisps but that is neither here nor there. 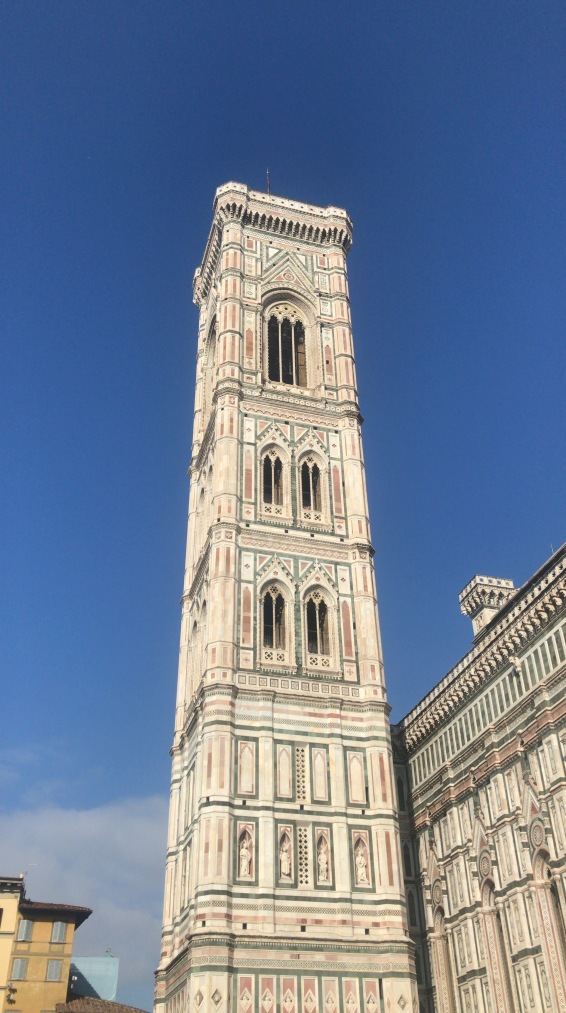 I met them by the Duomo and immediately begged to find any establishment that would give me a carbohydrate and a coffee. We found a nearby deli where we had what was called a Tuscan Breakfast. It looked suspicious but I saw the words meat, cheese and toast so I knew I’d be fine.

What turned up was, as promised, a selection of cold cut meats, cheese, some bread and then a weird dollop of soft cheese and what looked like marmalade.

Marmalade was always something that I slathered on toast, but never on cheese but there was something about the pairing that did a number on me. Delicately spiced but tart to the point of a lip pucker, the marmalade had the sharpness and sweetness that I search for with a marmalade.

I immediately scanned the deli counter and saw a stack of marmalades. I grabbed a jar to memorise the brand but then suddenly realised… that it was a carrot marmalade. GAME CHANGER. I made a mental note of the brand then spent the next two weeks looking for it in Italian shops (the deli wouldn’t sell them) but alas, could not find the exact brand.

So I made it my mission when I got home to make my own, and this dear reader, I am very proud of. I found a recipe by Darina Allen for a carrot marmalade which I’ve played around with to add a little heat and smoky warmth.

I can’t say that the Florentine brand I fell in love with contained ginger but it definitely held a punch, which I have recreated here with a welcome warmth of fresh ginger. Toasted bread spread with some soft, pillowy mascarpone and then crowned with this flame hued marmalade – it’s a breakfast to fall in love with.

Get yourself 600g of carrots and grate them. I didn’t even bother peeling them (but I did wash them). Throw these into a big pan.

Get yourself an orange and peel it. I just used a normal vegetable peeler to peel a few strips of the skin off. Finely slice the peel and lob it in the pan with the carrots.

Take a thumb size pieced of fresh ginger and peel it (use a teaspoon to scrape the skin off) and cut it into small little chunks. Throw into the pan. Also throw in a cinnamon stick.

Now rest a sieve over the pan (just to catch the pips) and squeeze in the juice of the orange, another orange and a lemon.

Add 350ml of cold water and stir everything together.

Put on the heat and bring to a bubble, drop it to a simmer and keep it blipping away for 30 minutes.

Bring it a bolstering bubble, drop it to a low simmer and keep it bubbling for 10-15 minutes, stirring occasionally.

When the marmalade is still slightly runny (it hardens as it cools), remove the cinnamon stick and carefully decant the marmalade into a hot sterilised jar.

Sterilised jars can be achieved by washing a jar in soapy water and bunging it in the oven for 10 minutes on 140c. Or just shove it in a dishwasher. Important to do this so that you don’t trap nasties in the jar with your marmalade. And always remember, hot things go into hot jars so do be careful and watch your fingers.

You can keep this in the fridge for a good month or so. But honestly, mine lasts about a week.

One thought on “CARROT & GINGER MARMALADE”