I want to introduce you to the most versatile sauce you will ever have in your fridge.

The other week I made Sausage & Lentils which made use of those slippery, oily roast red peppers that come in a big, obtuse green jar (if you shop in LIDL, you know the kind). Now I wouldn’t particularly use those in their raw form because I find the oil they come in is a little sharp, but I’ve devised a sauce out of them that has completely enchanted me.

The roast, red peppers have already been skinned and cooked leaving you with a blackened, smoky char which is so gorgeous and charcoal when you taste it but because they’ve been contained, you still get that whiff of welcome sweetness to them. They taste so fantastic.

This sauce recipe follows the same toast and blitz method that I use for soups but these peppers are so smooth that the consistency of the blitz is actually perfect for… well, everything.

It’s robust enough that it holds up as a dip but it’s silky enough to hold it’s own as a pasta. I made a gargantuan jar of this before and these are the things I use it for:

It’s honestly the most useful and versatile sauce in my fridge. You can’t do all of this with a mayonnaise or a ketchup or a mustard. So this sauce acts as a holistic liquid in your fridge that you will call upon in every hour of need. I’m not being dramatic.

I always see these peppers in peoples fridges because they wanted one or two for a particular recipe or something and then, like pickled onions, they stay in the fridge forevermore.

So if you’re the kind of person who throws the roast red pepper jar in your fridge and you’re unsure what to do with it, you’re welcome. 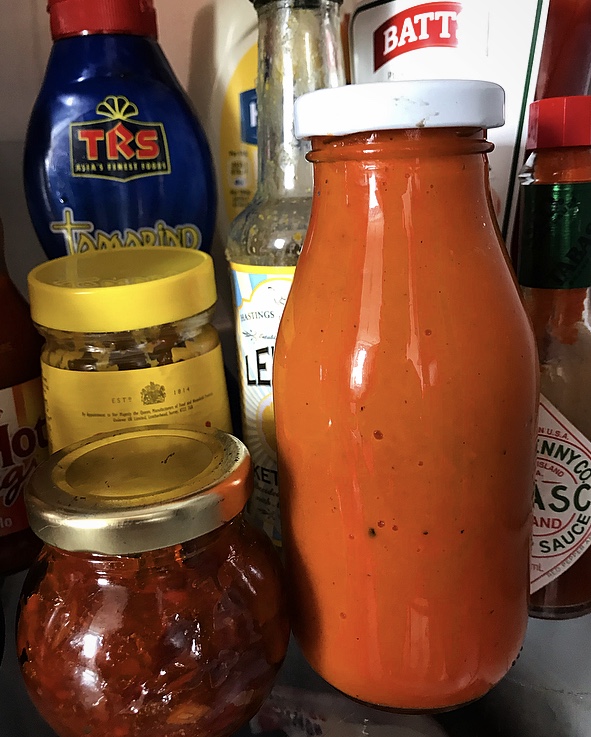 In a big roasting tray, throw in ALL of the roast red peppers from the jar (but not any of the oil). Don’t even bother slicing them.

Fleck with some olive oil, salt and pepper. Roast for 45 minutes.

Decant into a big sterilised jar or jug, cover and keep in the fridge for when you need it.

Which will be always.