I don’t know why these things are called cakes. A cake conjures up images of buttery sponges and wobbling icing, not a palm sized slab of fried potato. Although I’d take a fried potato over a cake any day, but that’s just me.

If I believed in God, I would believe he is infinite in his blessings and if I were devoted to such a religion, I’d have to believe that mashed potato was one of said blessings. Dramatic? No. Until you have felt cold mushed potato in your palm being squished into a ‘cake’ then you have not felt a blessing.

So I found myself, as always, with a cold box of mashed potato in my fridge. An accident it was not, as I will always make extra mashed potato for such mid-week shenanigans. But this mash was different – it was Dirty Mash. This is the term I use when I take whatever potatoes I have in the fridge, don’t peel them and make mash out of them. Calling it Dirty Mash feels as though it’s an actual term for a recognised dish, when really, I am just attempting to justify my thinly veiled laziness.

There’s a lot of snobbery around what potatoes to use for mash, and yes there is no arguing that a floury potato like a Maris Piper will provide the fluffiest mash. But have I boiled a bunch of new potatoes I had knocking about the fridge until tender – skins still on – added in cream, butter, some of the potato cooking liquid, salt, pepper and mashed them to cloud like pillows without any upturned noses at the table? Absolutely. Sometimes mash is the answer at any cost when nobody even asked a question.

This recipe is for any mash, dirty or otherwise and the quantities are obviously dependent on how much mash you have leftover but if you’re anything like me and often enjoy eating mash with a spoon like it’s a yogurt, then sometimes that’s nothing at all. But if you are so lucky enough to have leftover mash, this really is the best way to go the next day. You just need them cold from the fridge as it makes it so much easier to shape both in your hand, and then to hold their shape in the pan. 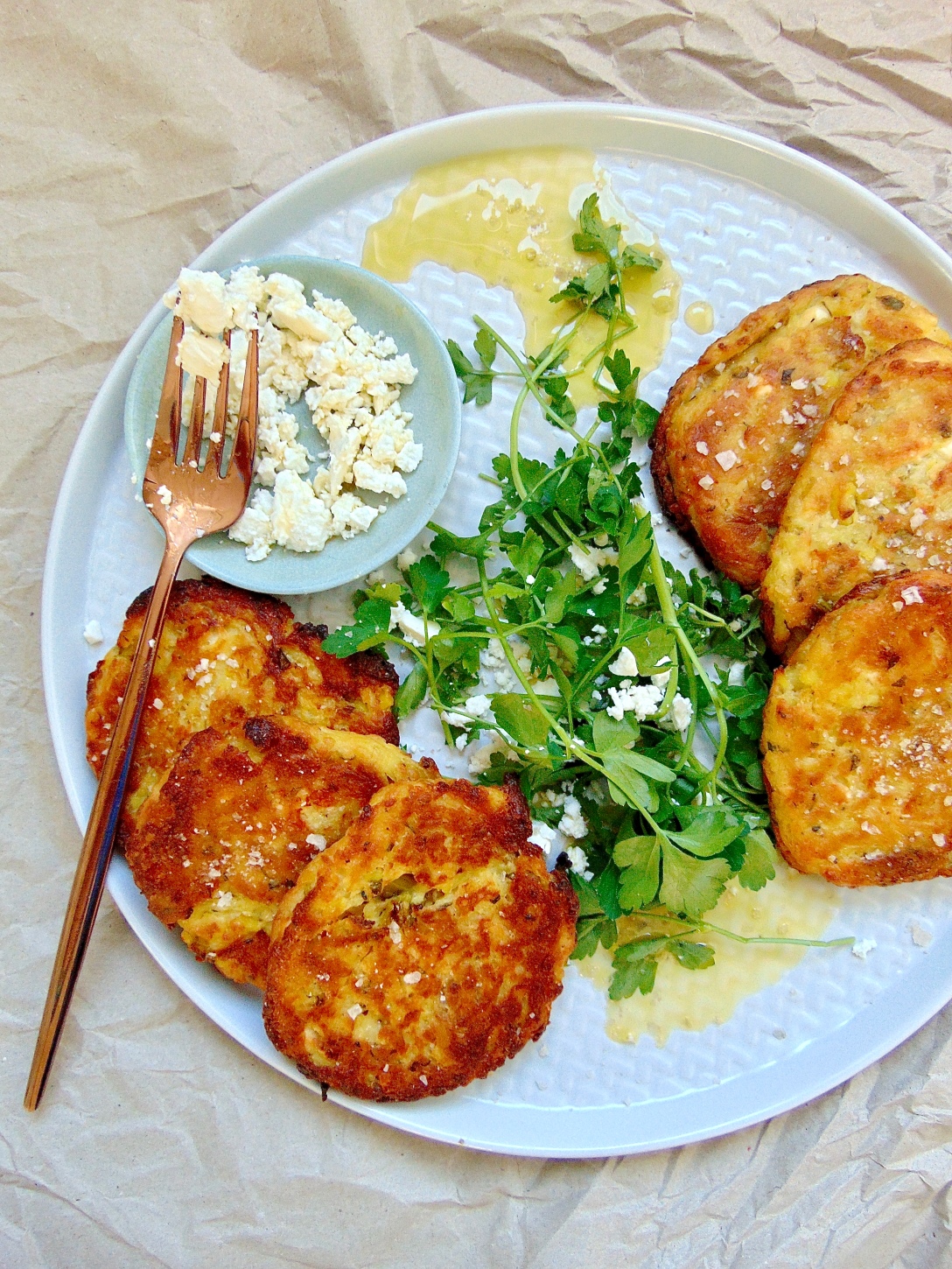 A handful of any herbs, I went for parsley and chives

A dab of butter and olive oil